It’s hard to believe the end of August is almost here and that my time at Flower City Arts Center is almost over. Reflecting on my time here, I have learned so much and had many great experiences. While I was here I kept a log of what I did everyday, and looking at it now there are a few projects and experiences that really stand out to me.

One of my favorite projects of the entire summer was one of the first things I did, and that was reorganizing and archiving the class files. While that may sound painfully boring to many, I really enjoyed it and it was an important experience for me as a museum studies student as I think it helped me realize what type of work I’d like to do in the future. The other experience that stood out to me was being able to join the Studio Photography for Teens class on their field trip to the George Eastman Museum. I had the opportunity to meet David Levinthal and hear him speak about his own work as well as his process. I was also able to work with some of the artists in residence here and be present on the Flower City Arts Center’s social media. One experience that combined these things was when I was able to be a part of the live Instagram interview with AIR Megan May. Of course, these were not the only experiences that left an impression on me; everything I did here taught me something.

Without Flower City Arts Center and the amazing staff here, I would not have had any of these experiences or opportunities and I am so grateful for the time that I have spent here. From the youth program, to the artist in residency program, to the internship program, and everything else this center has to offer, Flower City Arts Center is a unique part of the Rochester community and I am thankful that I was able to be a part of it for these past three months. I value the time that I have spent here so much, and I hope that my departure isn’t a “goodbye” and is more of a “see ya later”. 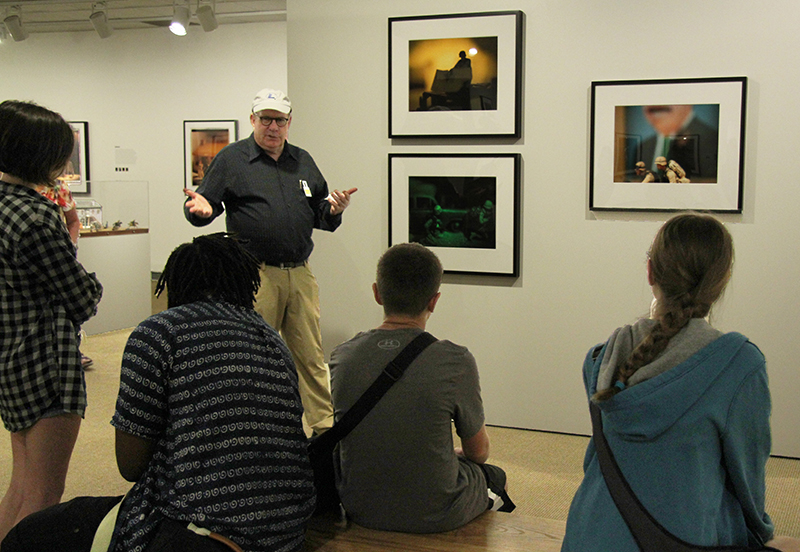 I had the opportunity to tag along with the Studio Photography for Teens class on their trip to the George Eastman Museum and document the experience. At the Museum we all met David Levinthal who gave us a tour of the exhibition of his work, David Levinthal: War, Myth, Desire. As he walked us though the exhibition Levinthal explained how he began taking photographs of toys and where the inspiration for many of his photos came from. He talked about his love for history and how it has influenced so much of his work over the years, and how pure experimentation and curiosity has affected his work as well. 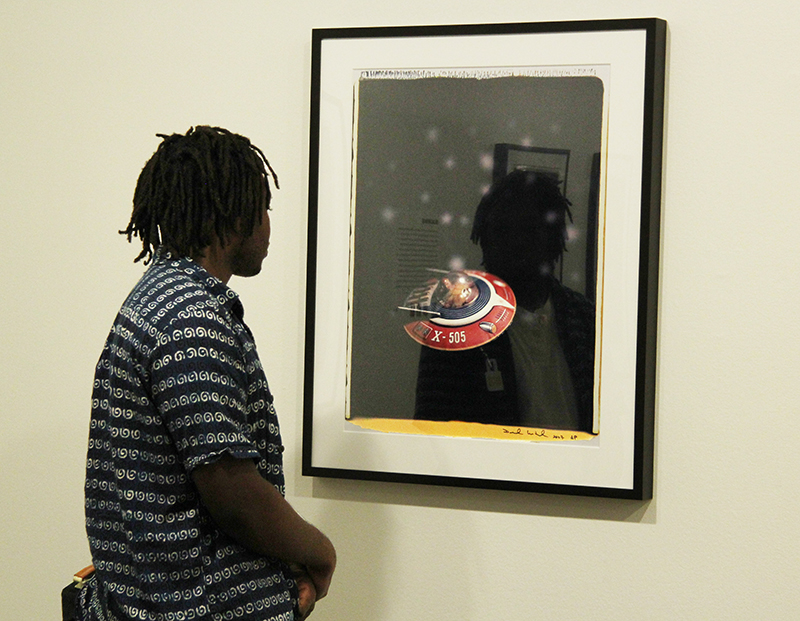 Levinthal stated that problem solving is a very important part of this work. In fact, he said that was one of the main reasons he began to take photos of toys to begin with. He explained that early on he didn’t like to shoot in a studio and the toy dioramas allowed him to shoot almost anywhere and use simple lighting techniques as opposed to large studio lights. 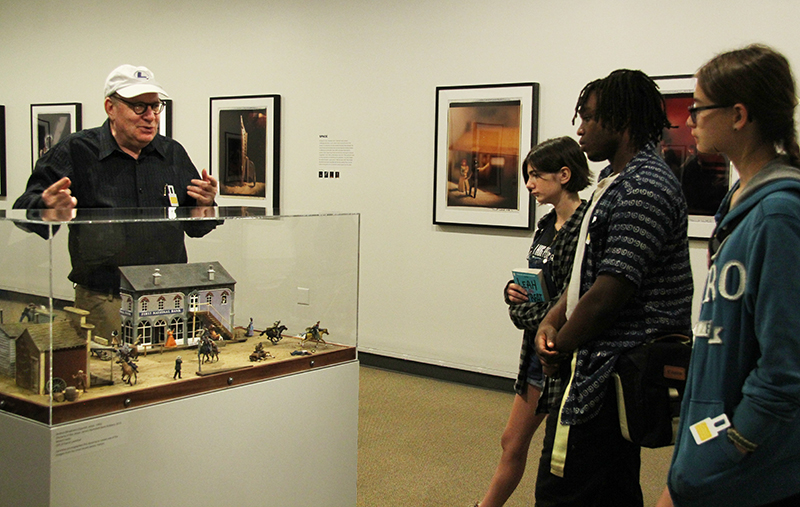 At one point in the exhibition we saw an example of a diorama he had used. We got to see first hand the scale of the sets he was working with as he explained where he got his materials from, and how he composed many of his dioramas. He also showed us the notes and small stick figure drawings that he makes when planing out a diorama. He stated that he often has an image in his head and used this method to create it. 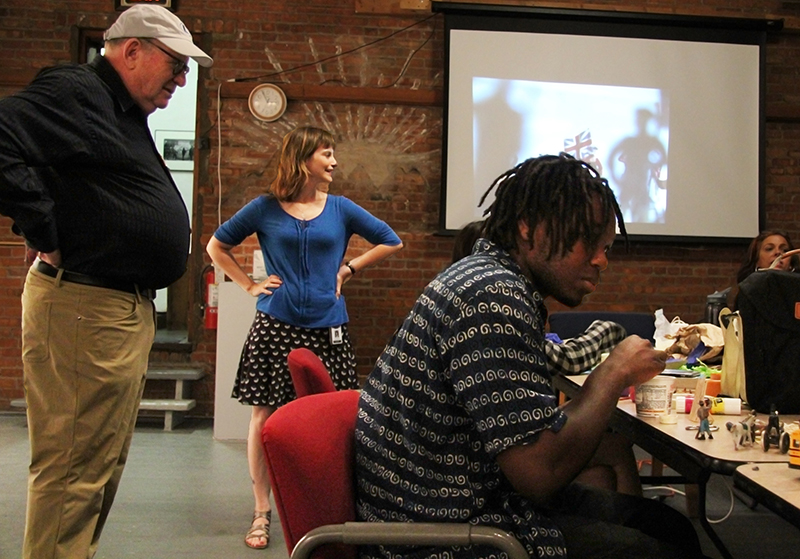 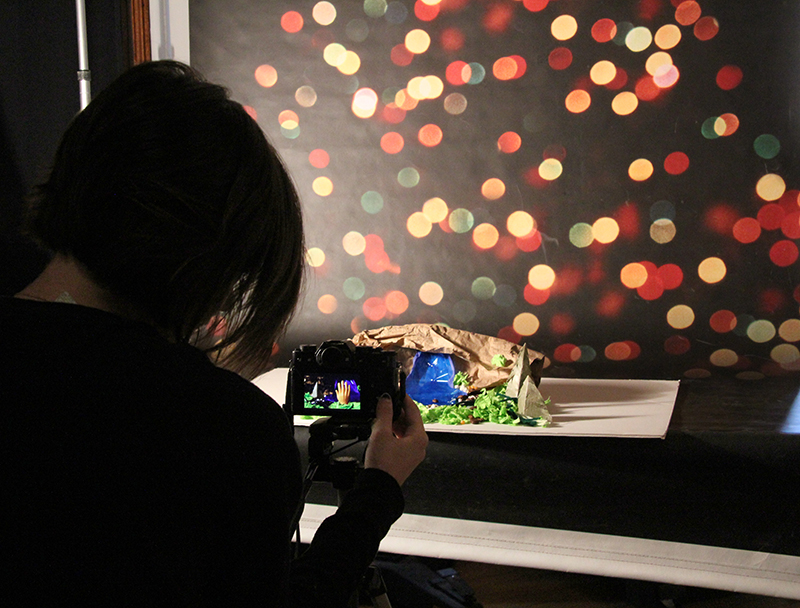 After Levinthal had walked us though the exhibition and explained his process and the thought behind much of his work, the students had a few moments to roam and take everything in for themselves. We then returned to Flower City Arts Center, where the students then had the opportunity to show Levinthal some of their own work. He helped them with their dioramas and he gave them some tips on how to get them to perform the way they want, as well as feedback on their photos. Then he stayed and talked with the students about their work and their interest in photography until it was time for the students to clean up for the day. 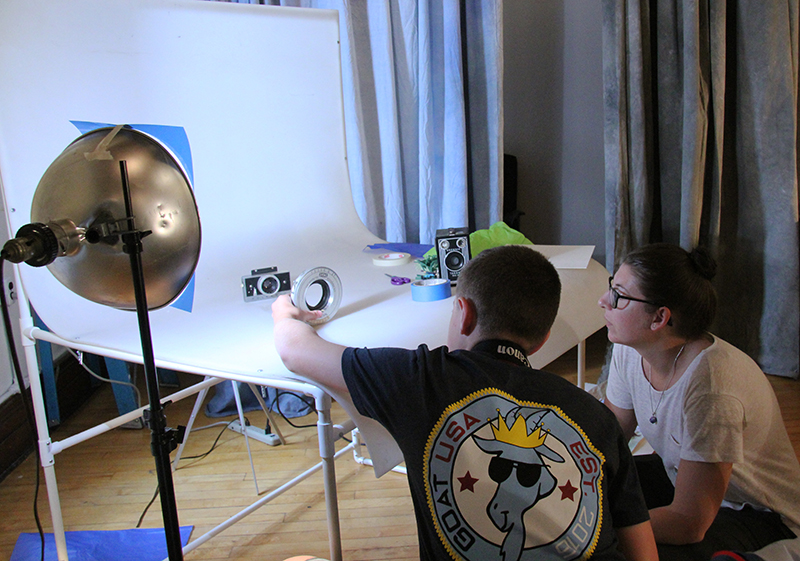 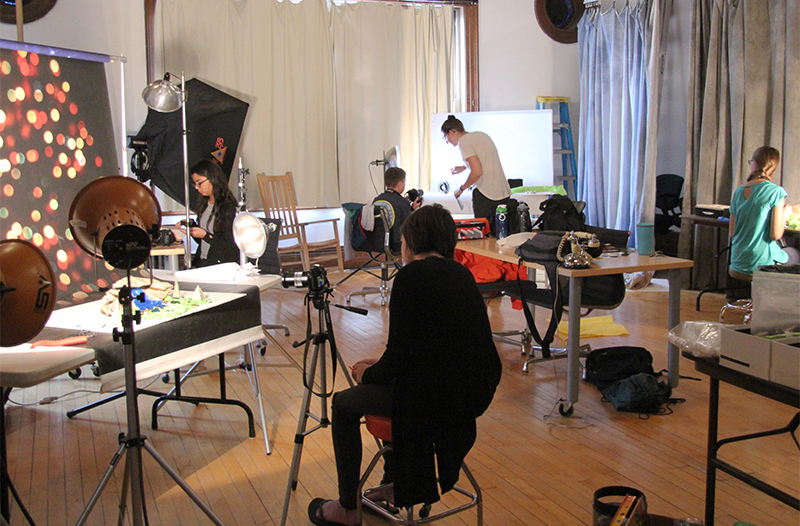 Over the next couple of days the students continued to work and create their own photos in the style of David Levinthal. Not only did the students take digital photos of their dioramas but they had the opportunity to use a Fujifilm Instax Wide instant film camera. After compiling so many great images the students crated an online exhibition of their own work. 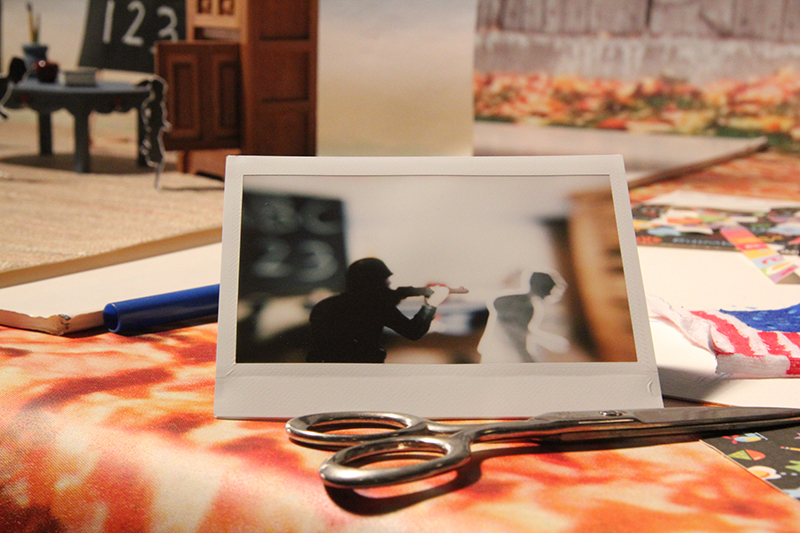 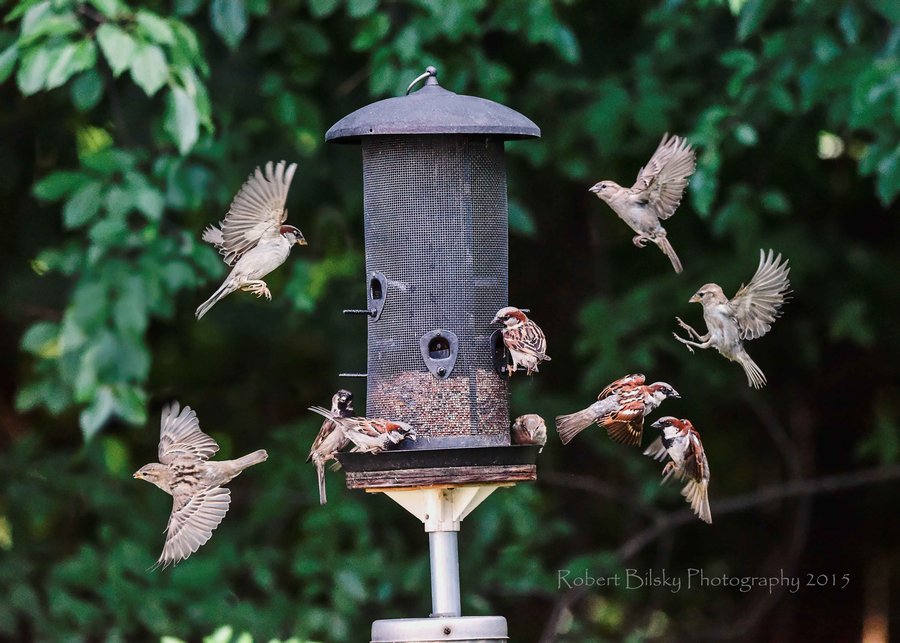 Whether you want to take the picture of a lifetime on a wild outdoor adventure or capture the squirrel in your back yard, this class can teach you all about the techniques you need to hone your nature photography skills. For more info & to register>> 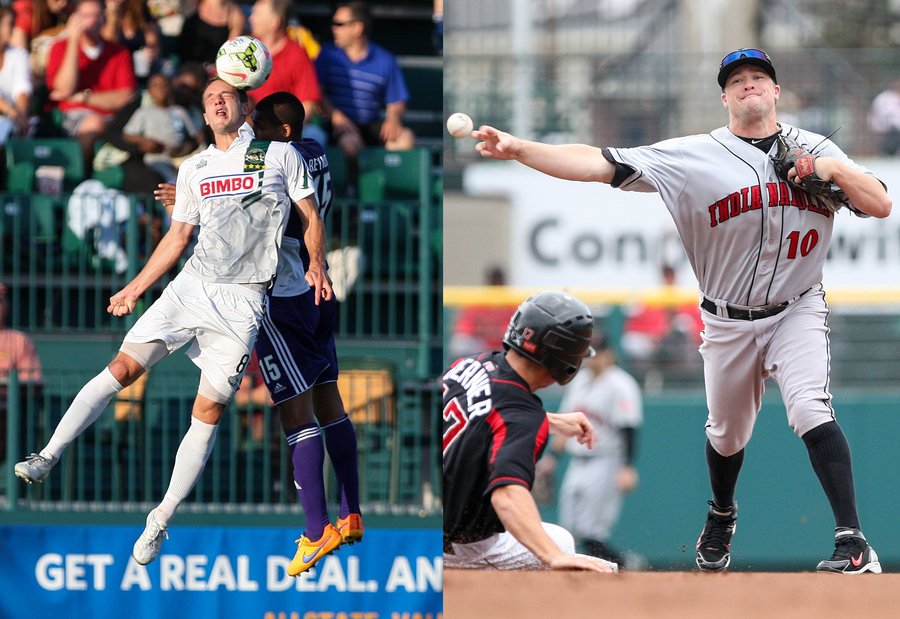 Take me out to the ball game! And learn how to take great pictures. In this  class you can learn all about sports photography and how to get those perfect action shots! For more info & to register>>

What is your favorite subject matter to cover in class?

How long have you been an instructor here? 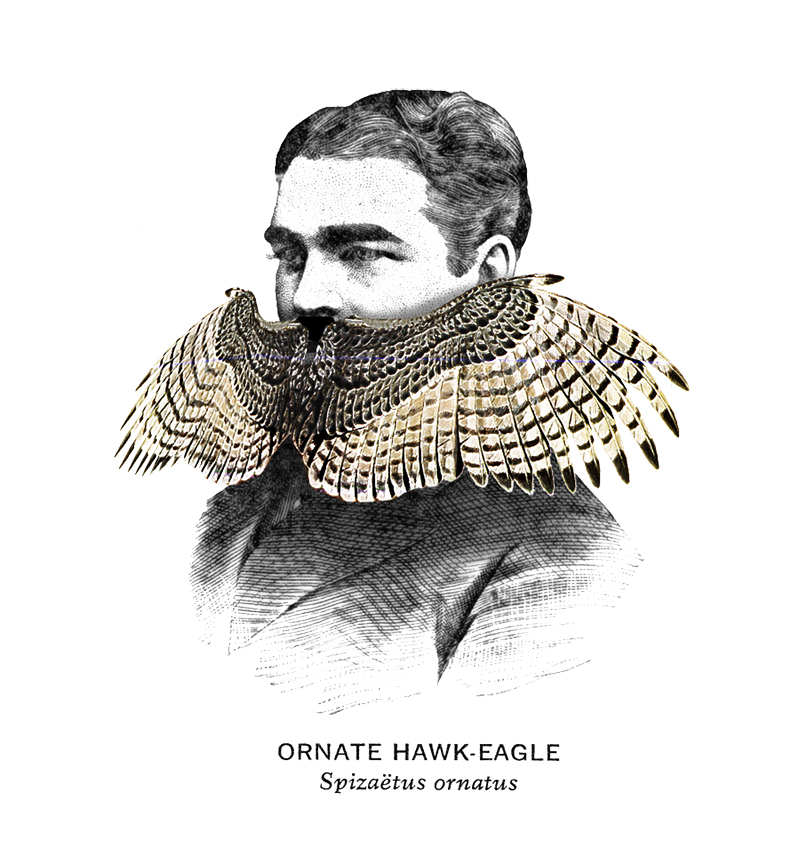 What do you hope students take away from your class?

What is your favorite thing about Flower City Arts Center? 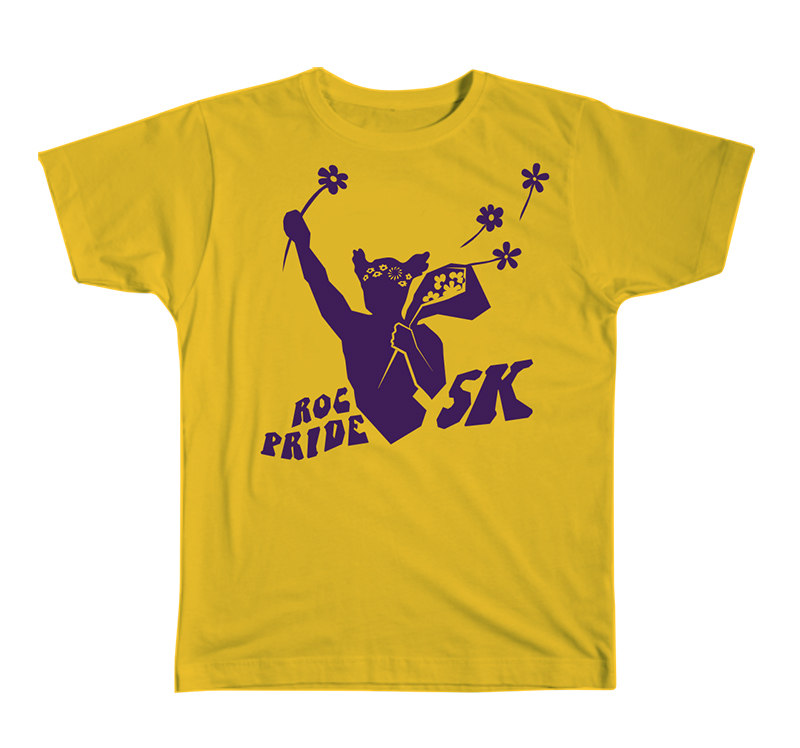 Do you have a catchphrase? If not, what would you make your catchphrase if you had to choose one? Why?

If you had a superpower what would it be? 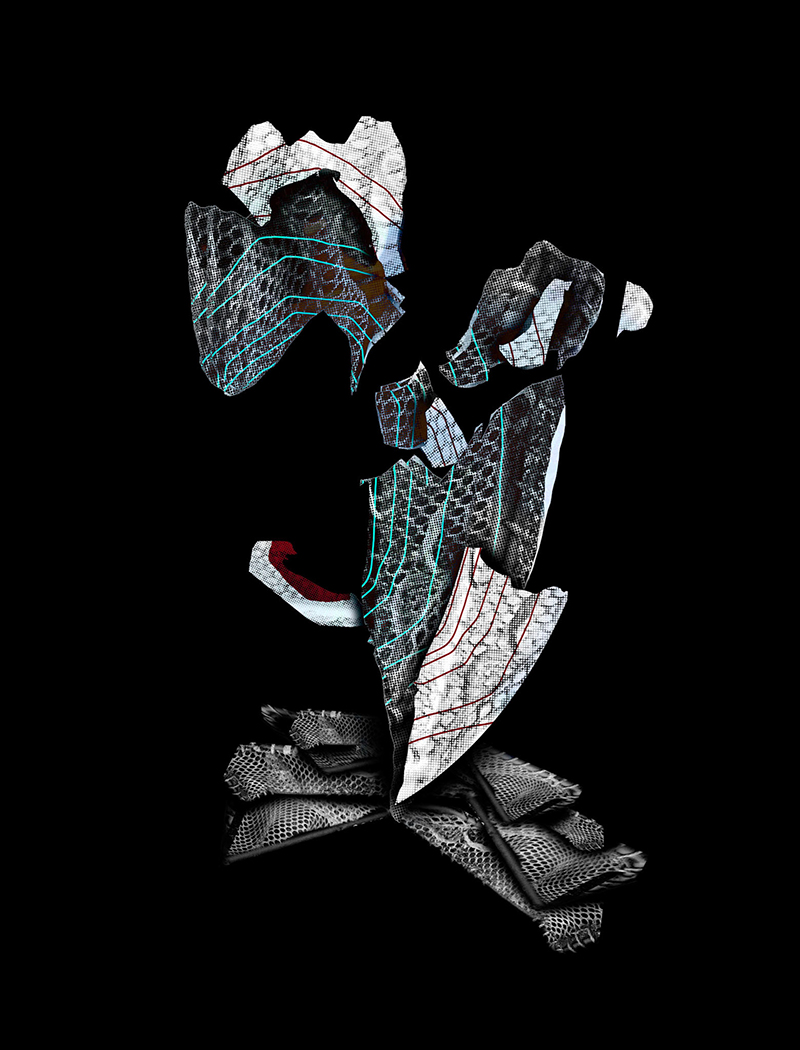 If you’d like to learn more about Jeremy, or see more of his work check out his online portfolio and photography website.

Chris Cecere is the Sports Photography instructor here in the Photography and Digital Arts Department.

How long have you been an instructor here?

What would you consider to be the most important thing for students to do in order to reach their full potential in your class?

What do you hope students take away from your class?

What are some benefits of taking a summer session class?

Do you have a catchphrase? If not, what would you make it? Why?

If you had a superpower what would it be?

Jonathan Merritt (Jon) is an instructor here in the Photography and Digital Arts Department. He mainly teaches darkroom classes such as Intermediate Black and White Photography, Cyanotype, and Kallitype. 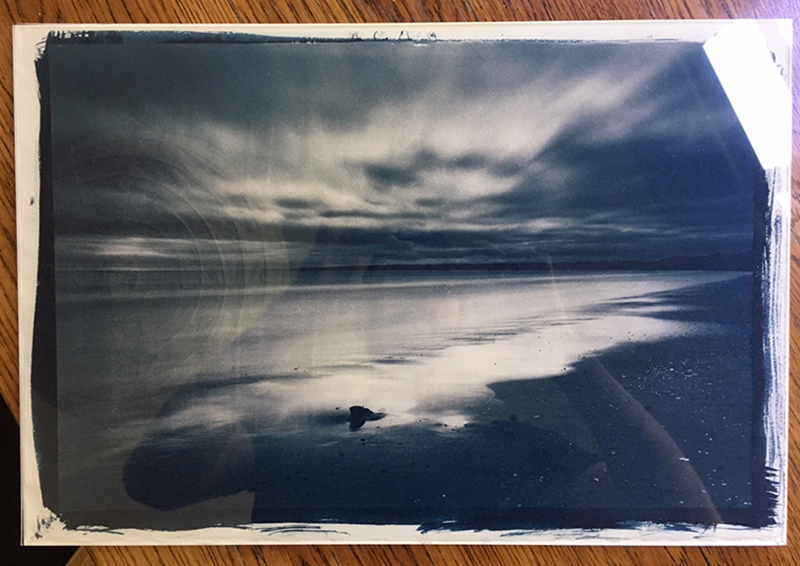 What is your favorite subject matter to cover in your classes?

What would you consider to be the most important thing for students to do in order to reach their full potential in your class? 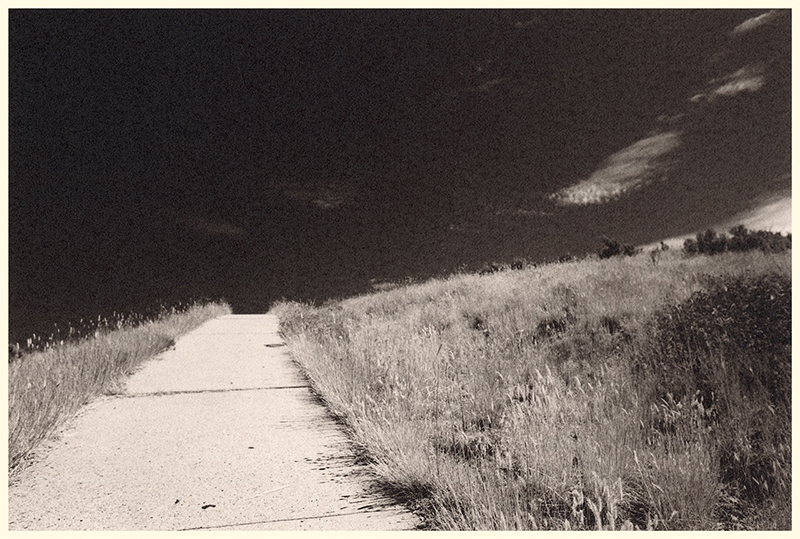 What is your favorite piece of equipment?

What is your favorite thing about Flower City Arts Center? 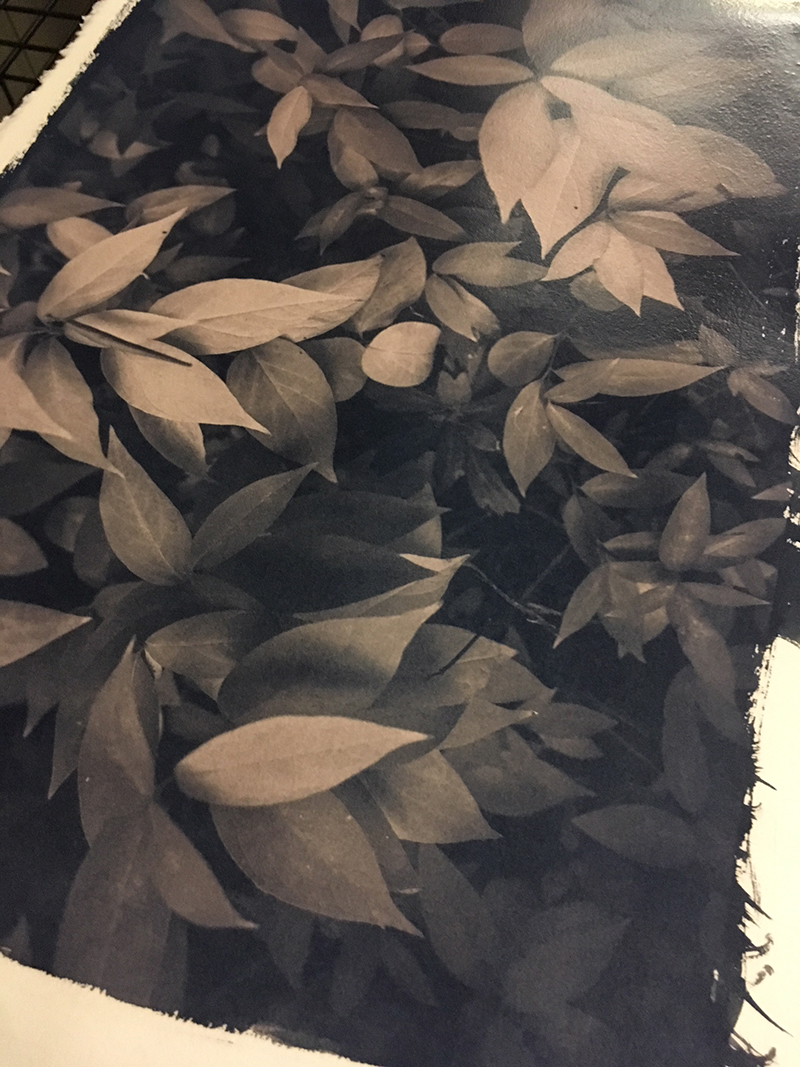 Do you have a catchphrase? If not, what would you make it if you had to choose one? Why?

If you had to choose a television/ movie universe to live in, which one would it be? 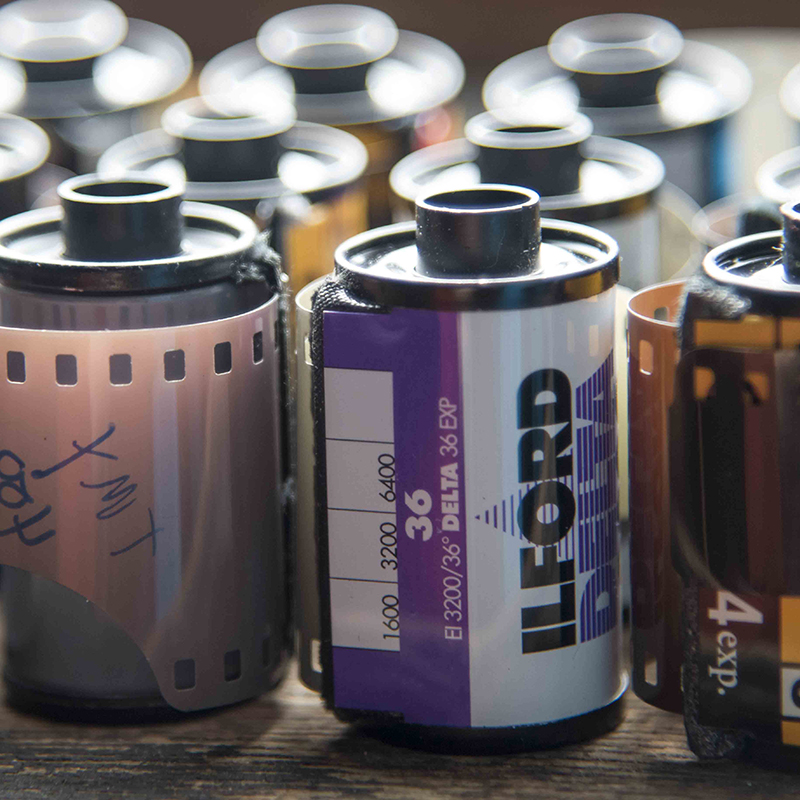 Learn the building blocks of photography in this introductory class.  Discover how light interacts with a camera, and take great photos while you do it. For more info & to register >> 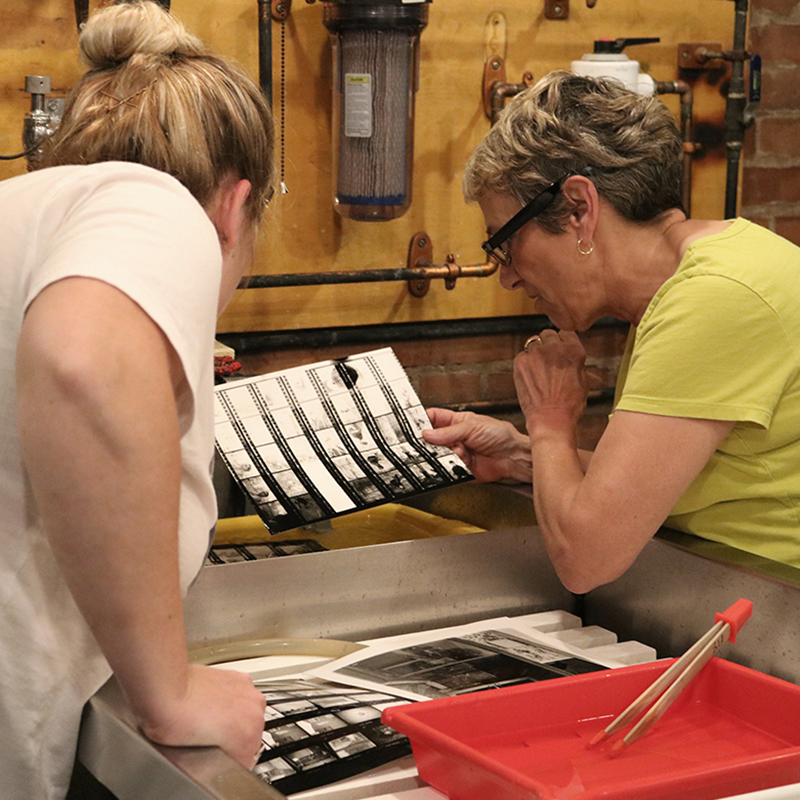 If you’ve already learned the basics of film, come back for more. Hone your skills in the dark room and learn new processes to take your images to the next level. For more info & to register >> 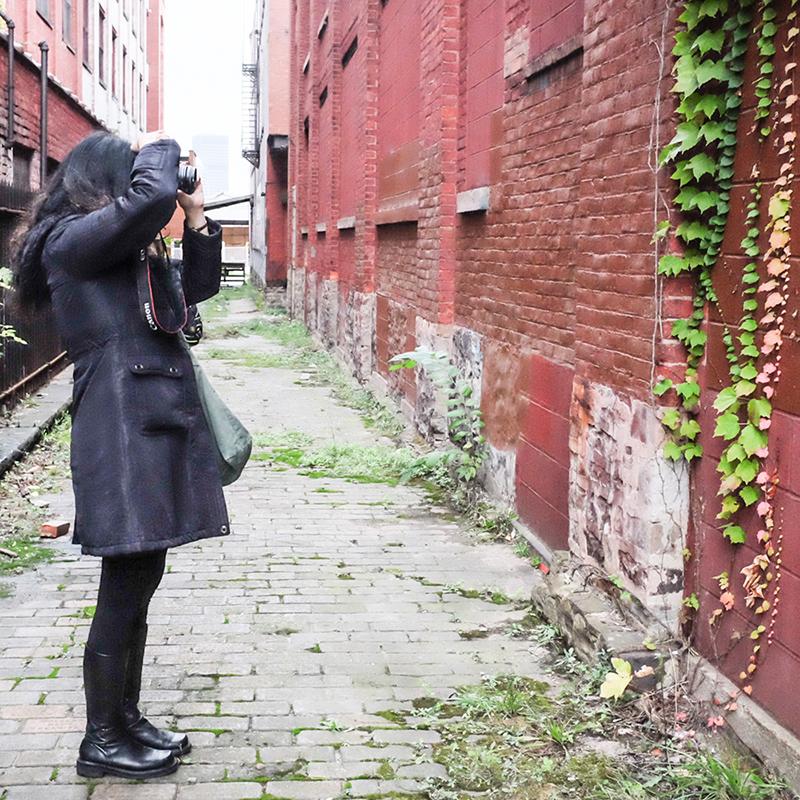 Take control of your camera! Turn off auto and learn what your camera can really do for you. For more info & to register >> 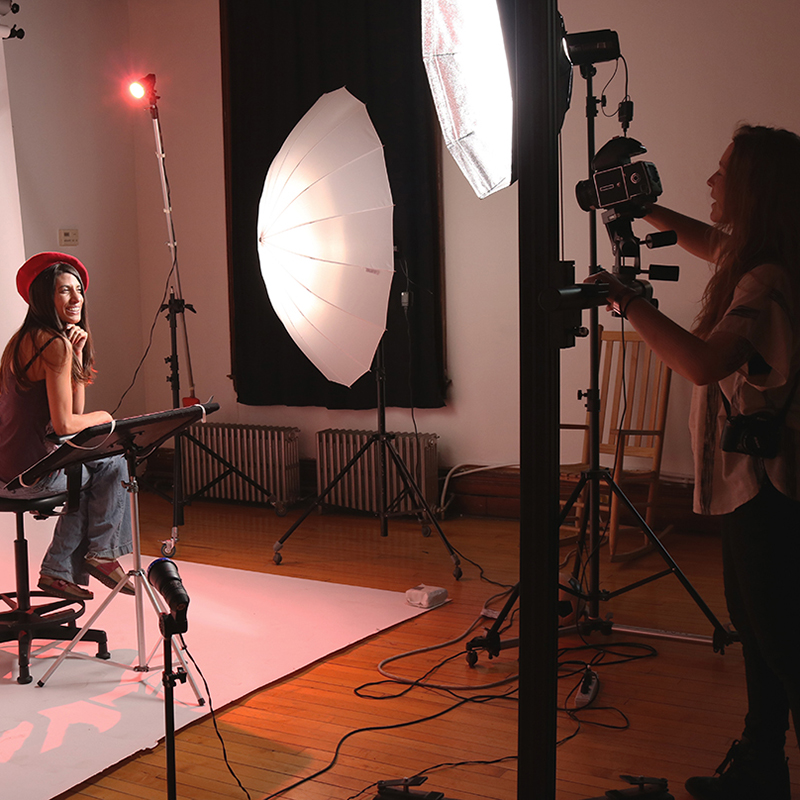 In need of a professional portrait or just want to spruce up your Instagram? Then learn the basics of lighting to amp up your pictures. For more info & to register >> 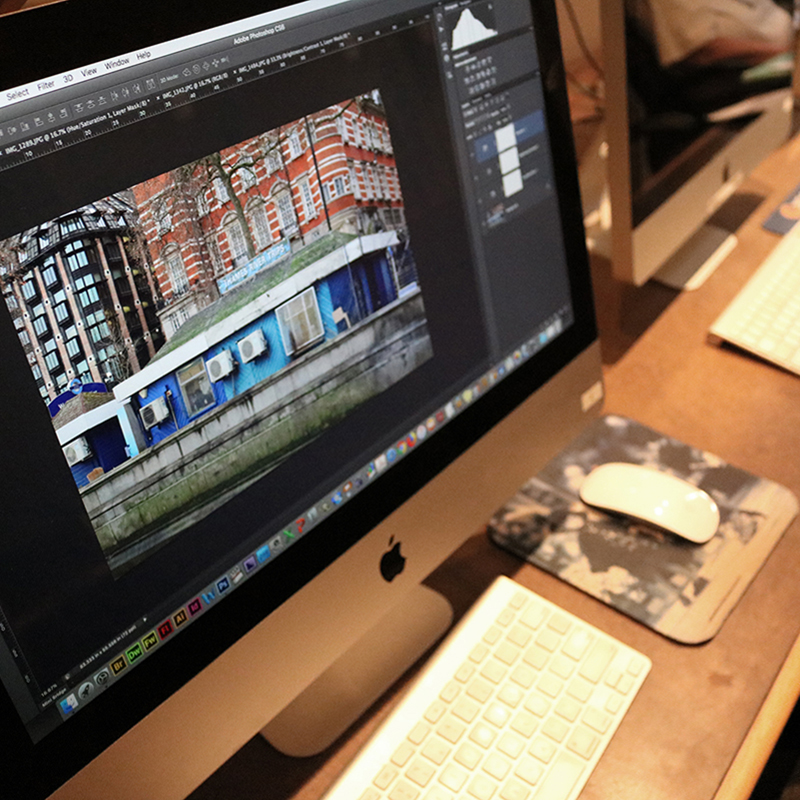 Now that you have all of these images, learn how to edit them like a pro in Photoshop. Learn how to navigate and use the tools in Photoshop to perfect your photos. For more info & to register >> 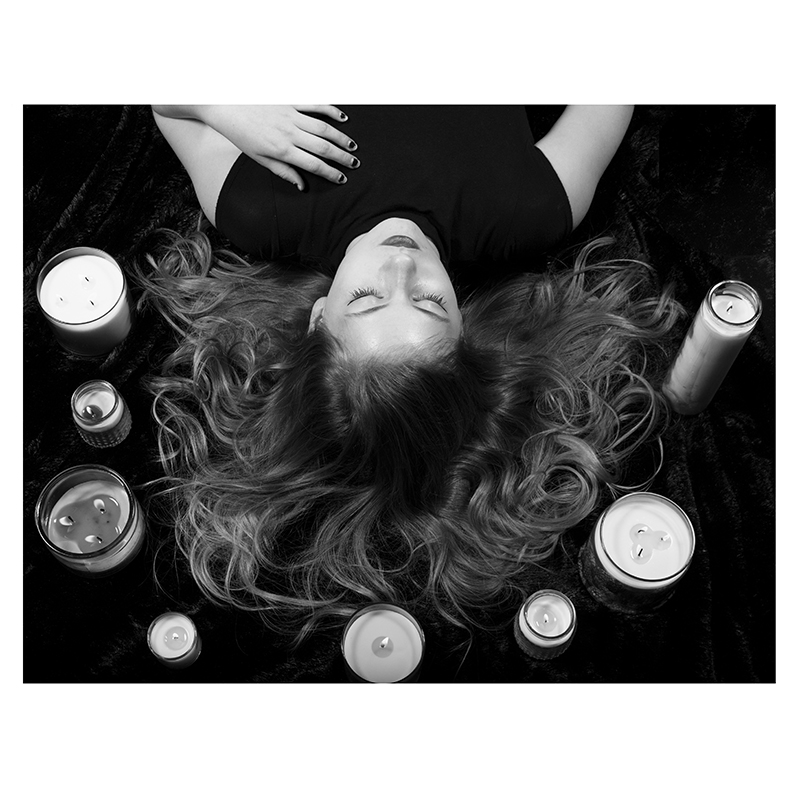 Hello all! I am an intern here in the Photography & Digital Arts department for the summer. I am a student at SUNY Brockport and I’ll be starting my junior year in the fall. I am a double major in art, with a concentration in photography, and anthropology; I also have a minor in museum studies and public history. In my personal work I am very inspired by the supernatural and witchcraft. I’m a dedicated student, but I also have two jobs and a few hobbies like reading tarot cards, watching the bachelor and growing plants. 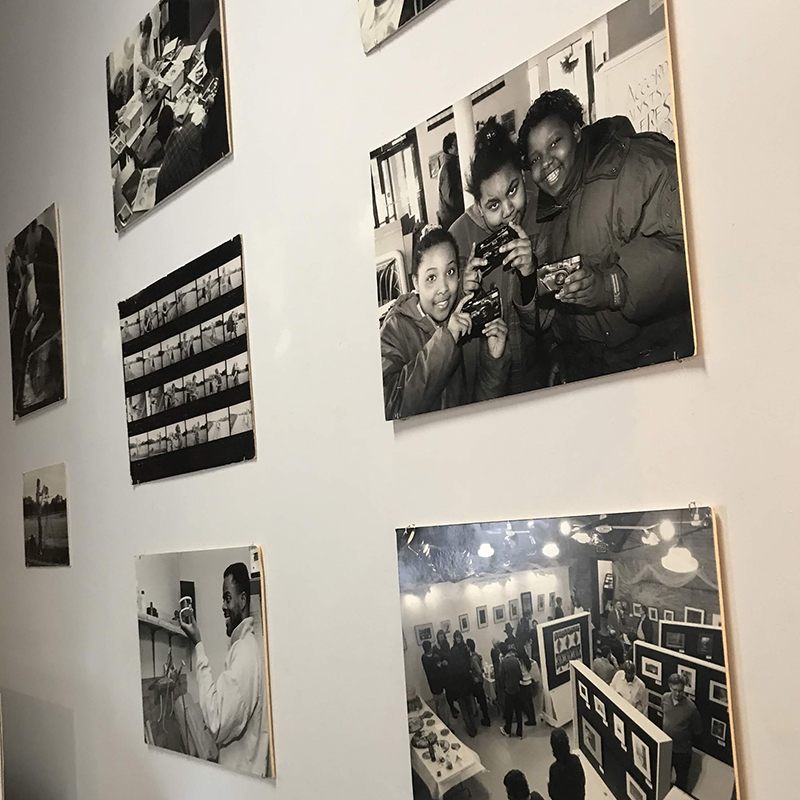 As for what I’ll be up to here and my goals as an intern, there are quite a few things I’m looking forward to. Some of the projects I am working on include being present here on the blog, taking photos to help update the website, helping with event publicity, archiving and organizing files, and odd projects around the building. As an intern there are many things I look forward to learning, of course experience is important, but a museum studies student, there are many things that I can learn by being here that I could not else where. Arts centers are great and they play unique roles in their communities. 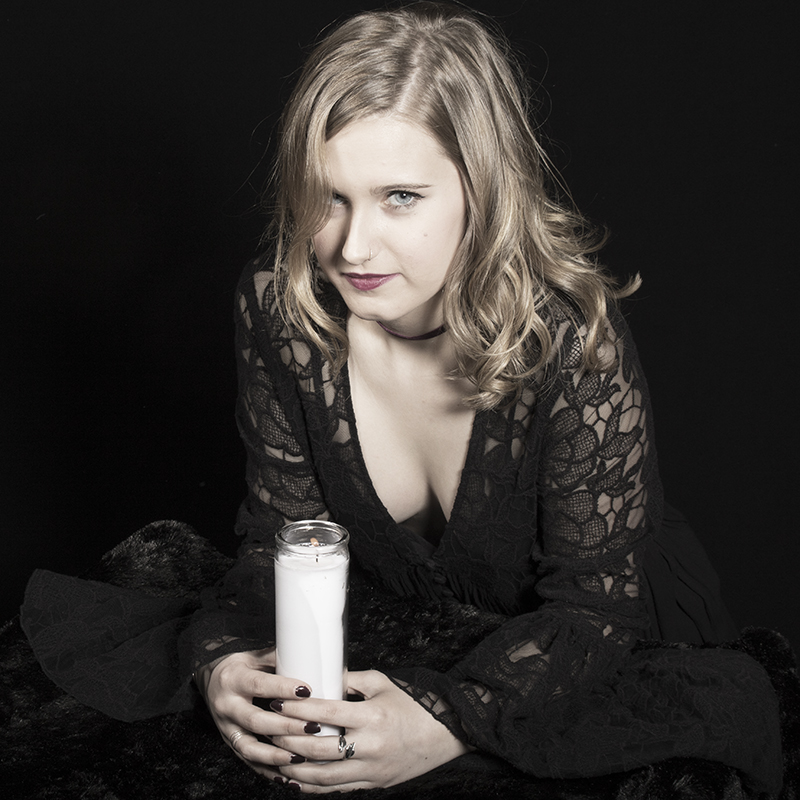 I’ve had a great time being here so far and I can’t wait to see what the rest of the summer has in store!